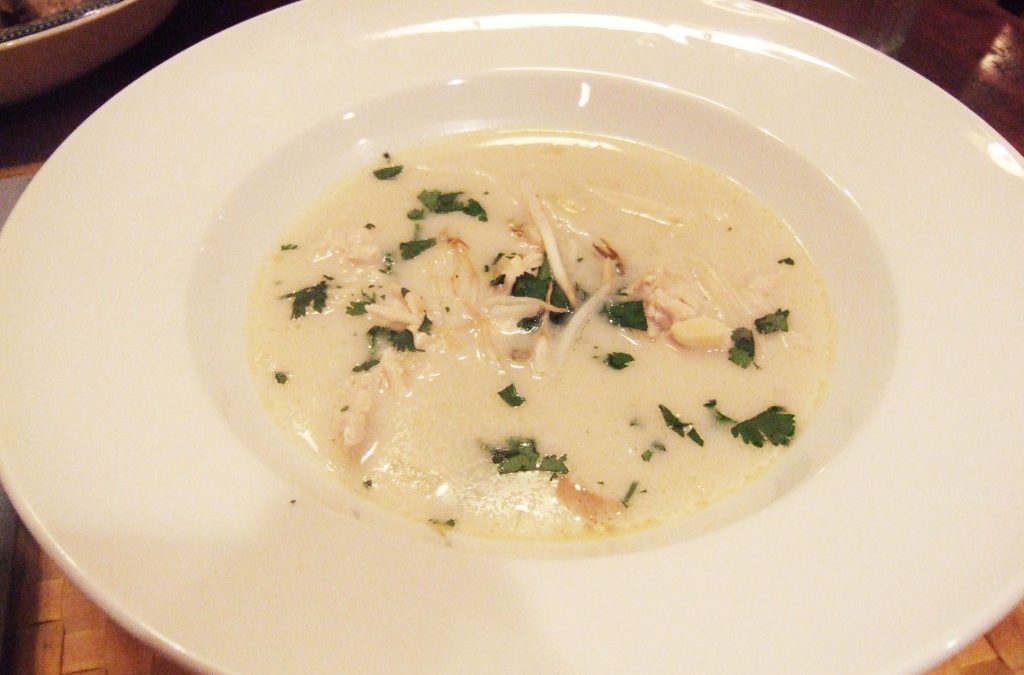 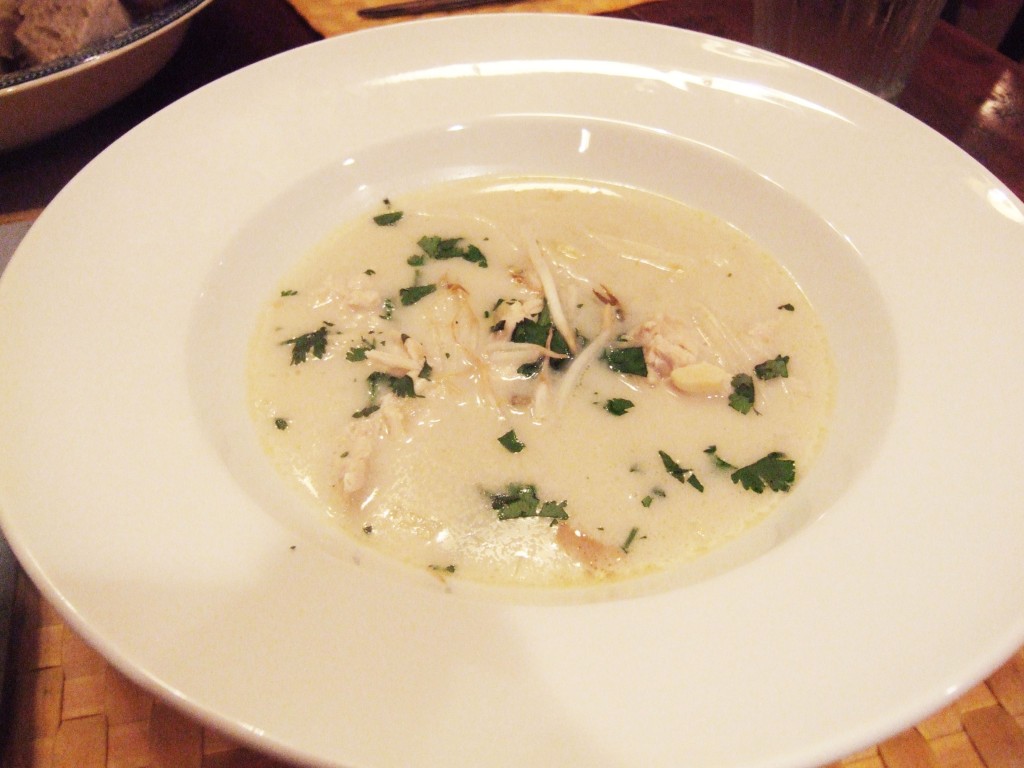 White soup in a white bowl? What was I thinking?

One of the reasons I was intrigued by this book is that Dorie promises to bring us contemporary recipes from France — what real French people are cooking today. Not surprisingly, Vietnamese food is common and she says that this soup is ubiquitous.

This soup is good but just not my thing. I also think I wasn’t in the mood for it on the night I made it. The flavors were wonderful and certainly evoked memories of other Vietnamese food I’ve eaten (so it seemed authentic, as far as I know) but, in the end, I just wasn’t that into it.  If this soup were a really nice guy I dated (you know, back in the day) but just didn’t click with I would totally tell you to go out with him.  I suspect that if I had added any of the optional garnishes, like lime juice or chili oil, I would have liked it better.  In the end though, it was a collection of ingredients I like well enough but don’t love (coconut milk, fish sauce, cilantro).

Star anise and white peppercorns proved difficult to find. And I even went to the weirdest store I know (and I say “weird” in the most flattering way possible. This place never stops surprising me with its often bizarre foods from around the world. Powdered whipped cream anyone?). Of course, I should have gone to Little Vietnam which is not far from where I live, or ordered from Amazon, but at this point it was 3:30 and those options were off the table.

I encourage you to try this recipe.  If you use some leftover chicken from making stock or a roast chicken it will be even easier.  You could certainly substitute tofu or some hearty mushrooms.  It’s a good soup and it deserves a better spokesperson than me.