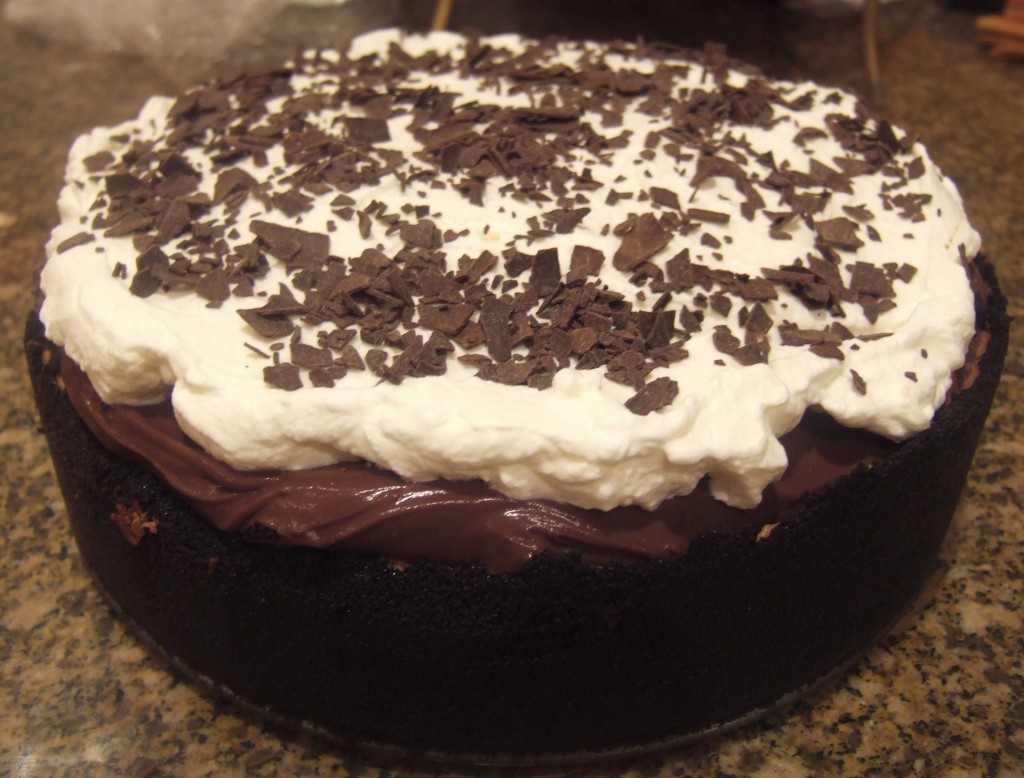 As much as I like this cake I have to say, I think it’s trying too hard. Isn’t combining an Oreo-cookie crust, a flourless chocolate cake, chocolate pudding and whipped cream pandering, just a little? If I had to leave one of those elements out it would be the crust because not only does it interfere with the more subtle and sophisticated taste of the flourless cake, but it also makes the whole thing so damn hard to cut. Your knife glides effortlessly through the whipped cream and the pudding and the cake doesn’t put up much of a struggle either. And then you come to paleozoic layer of oreos that have been packed down hard and baked into a substance impenetrable enough to protect the space shuttle during atmospheric reentry. How they got the slices shown in the book, with the pristine and distinct layers in tact, is a matter of high suspicion to me. Is there a Photoshop setting for “cake”? 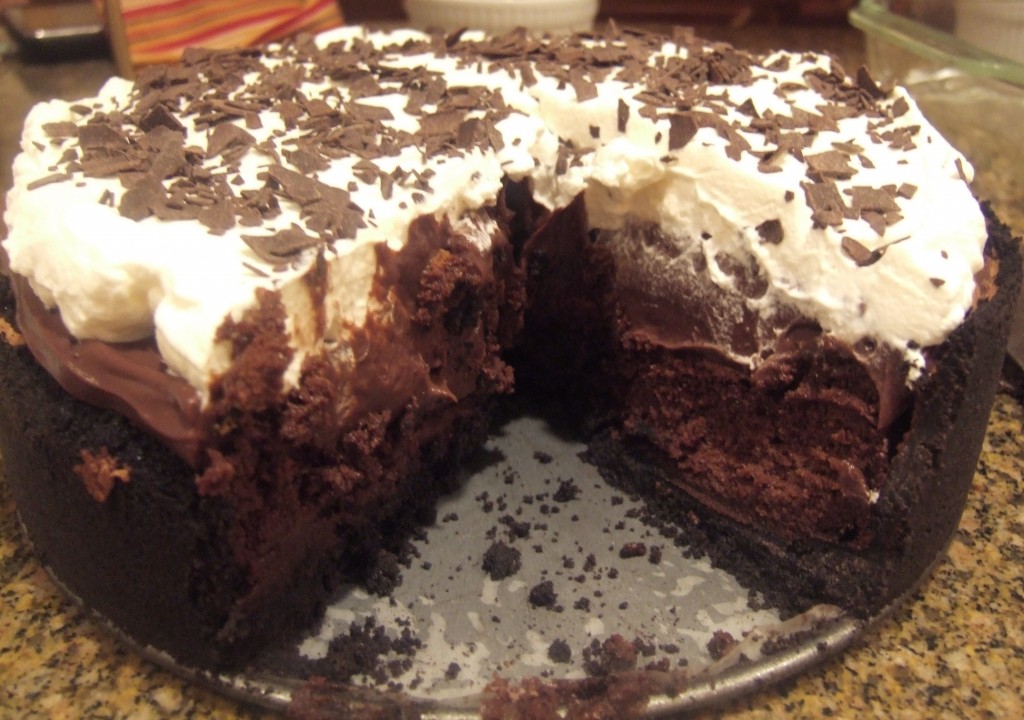 Seriously: I defy you to get a neat slice of this cake

In its defense, subtle and sophisticated is not always what one’s looking for in dessert. Neither is neatness.

Cook’s Illustrated has something similar called Triple-Chocolate Mousse Cake. Like the mud pie, it has a flourless chocolate cake layer, then a layer of chocolate mousse (pudding + air), and is topped with white chocolate-infused whipped cream. So, essentially, it’s the Mud Pie without the troublesome and distracting Oreo layer.

I made the Mousse Cake once but never got to eat it. The cake spent the night in what turned out to be a fridge with a failing thermometer. So all of that delicious cream had become, potentially, a weapon of mass intestinal destruction. My daughter and husband actually wanted to eat it but I am not a fan of the all-night throw-up party so down the disposal it went. You should have seen their faces. Family pets have been dispatched with less grieving.

But even though I never got to taste the finished product of course I sampled all the components and they were promising, to say the least.

If you make this cake avoid my mistakes: do not, for instance, misread the quantity of Oreos and pulverize 16 cookies instead of 16 ounces of cookies (for your reference, that’s a standard 16.6 oz. package minus exactly one-and-a-half cookies you should just eat for quality control purposes). I realized my error before it was too late, fortunately.

Also give yourself plenty of time as many of the components require cooling or long chilling times. They warn you of this in the notes and I appreciate little tips like that. You really don’t want to get halfway through a recipe and be gobsmacked with “refrigerate overnight.”

This cake will have its fans and I encourage you to make it. Like many recipes in this book, it speaks to our childish love of decadent desserts without shame or pretense and people like that. The people who ate this cake at my house certainly did. 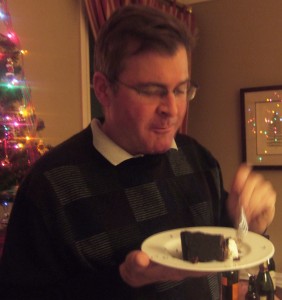