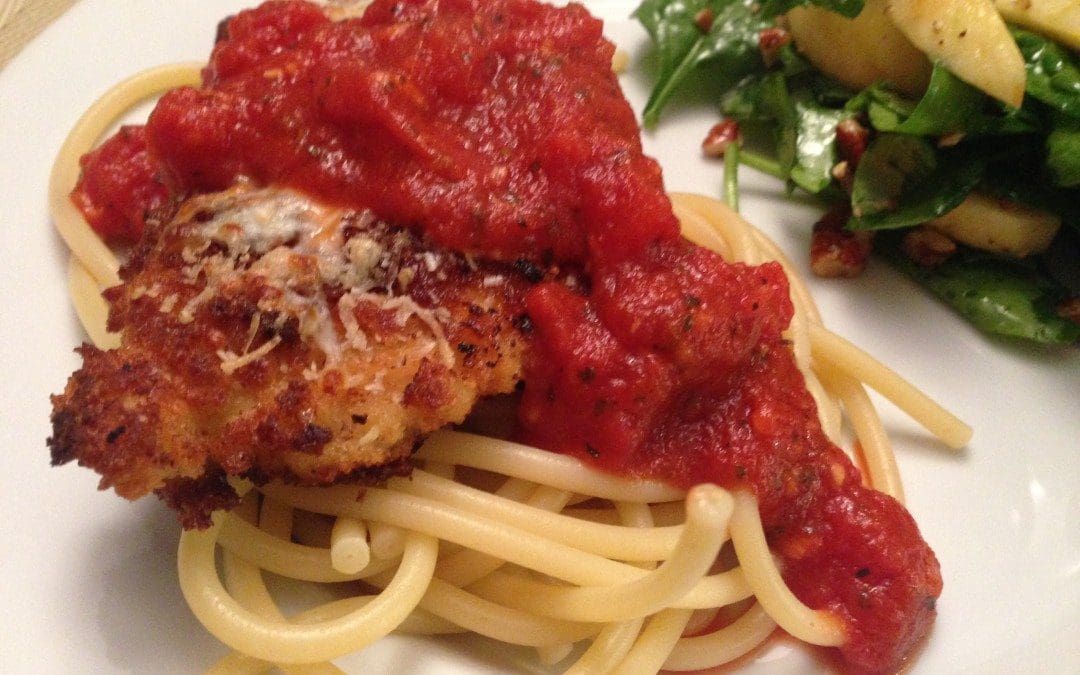 What did Cook’s Illustrated want?  “A juicy cutlet that kept its crunch.”  When did they want it?  “Twenty years ago would have been nice but now works.”

As with many popular dishes there are many bad ways to make chicken parmesan and many points where you can go wrong and end up with dry chicken coated in soggy crumbs swimming in bland sauce with tough cheese. Which begs the question: if this gets ruined so often why is it so ubiquitous and so popular?

Here’s what Cook’s fixed: a combination of shredded cheese and panko makes a crispier crust; slicing the breast halves into cutlets reduces cooking time and helps keep the chicken from drying out; putting the cheese between the cutlets and the sauce creates a moisture barrier.

But the best adaptation, in my book, is not throwing everything into a casserole dish and baking it.  After the cutlets are sauteed, the mozzarella is sprinkled on top and they go under the boiler to melt and brown.  The sauce is spooned over the finished product, just before serving.  Well played!

As if that weren’t enough, the sauce is a really good, basic, quick, easy marinara and, as written, makes enough to also sauce a pound of pasta (buccantini in this case) (or you can freeze it).  While the sauce is simmering just boil the pasta and you’re 2/3 or of the way to a complete meal.

The hardest part of this recipe may be cutting the breast halves into cutlets.  All I can tell you about that is have a sharp knife, a steady hand, and take your time.  No one cares if you don’t get two cutlets of exactly the same thickness (although I did.  Just sayin.)  The point is to create thin pieces of chicken that will saute quickly and evenly.  Or you can just buy them this way.  Quitter.

Here is what I forgot to do in this recipe: 1. buy fontina (so my crust was all whole-milk mozzarella); buy fresh basil; add remaining 1 tablespoon of olive oil to the marinara at the end.  And still it was an outstanding meal.  And it was a great sandwhich the next day. 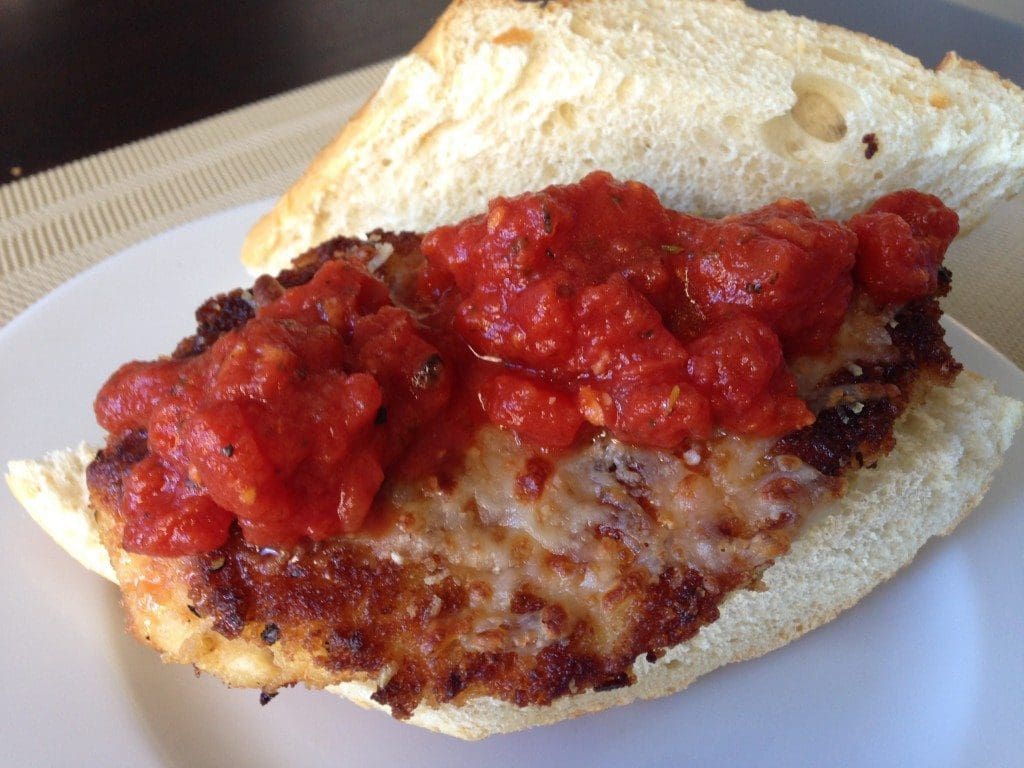 Bring a large pot of water to a boil for pasta.