Off Topic: A Brief History of Popcorn and How to Make the “Real” Thing 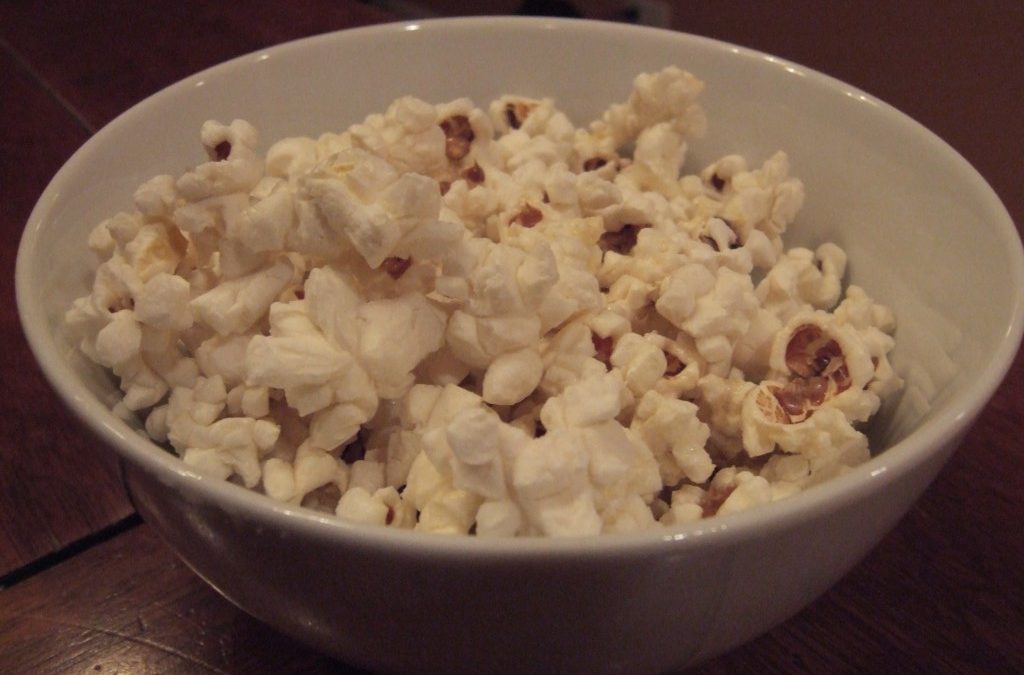 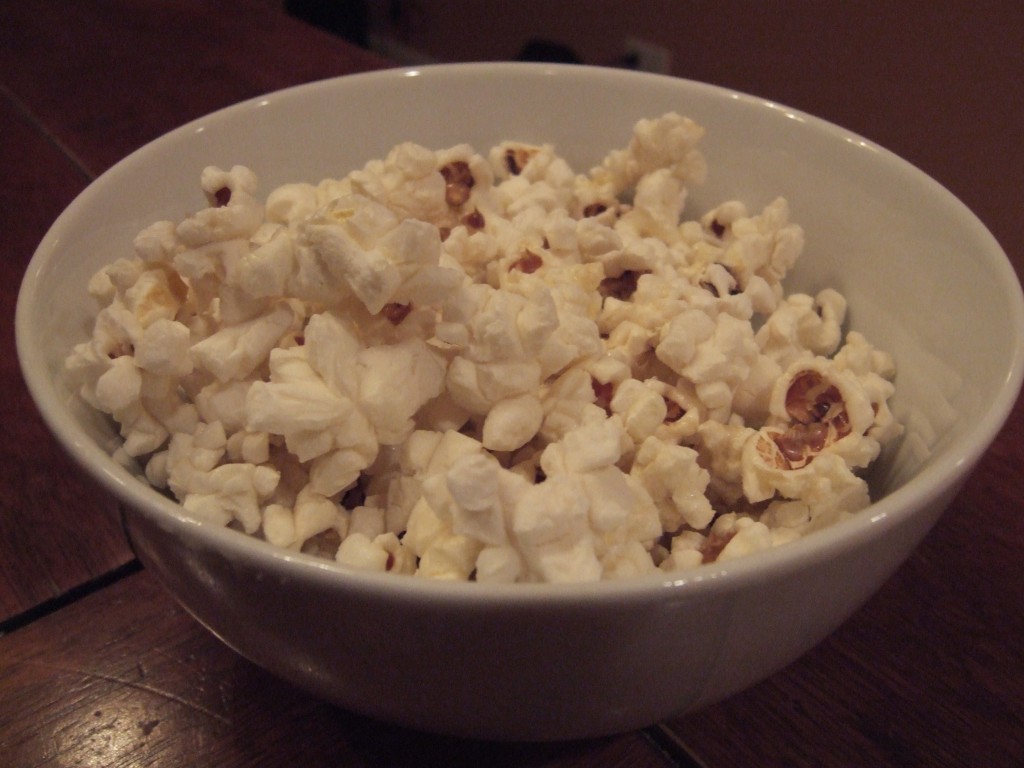 Popcorn is one of those foods I cannot resist.  If I smell it, I must eat it, regardless of whether I’m hungry or not.  I have been known to make a meal out of it but I suspect I’m hardly unique in that regard.

In the 1960s when I was little we mostly made popcorn on the stove top in a pot that I can still see in my head, although sometimes we had Jiffy Pop which was both a special food treat and a magic show all in one.  I can still see my mother, Betty Draper, shaking the tin foil pan while smoking a cigarette, drinking a martini and quietly fuming about her Ivy-League education all culminating in this pathetic mis-use of her time and talents.  What a waste of $4,000.

Then, for the longest time, my mother used a pre-packaged, pre-measured product (TV Time?) that featured a divided plastic pouch, one side with popcorn and salt and one side with oil (does anyone else remember this stuff?  I can’t find it on the almighty Internet).

College (1980s) was the age of the electric popcorn popper,

which you could make a surprising number of other foods in –fried chicken, grilled cheese, fondue (I’ve never tried that one but it’s an intriguing idea, no?).  The popped kernels flew around in a little plastic igloo and it was kind of like a bouncy castle for popcorn.  You flipped the plastic part over when it was done and that was your serving bowl.  Then you put it back on the shelf under your hot rollers and “forgot” to wash it for the rest of the semester.

After you achieved your “Freshman 10” you would, of course, switch to the air popper. If there is a sadder compromise of a food than air-popped popcorn I don’t know what it is.  The technology here is not unlike cooking popcorn with your blow-drier, and just as appealing!  Notice the little cup on the top; that was to melt butter so you could completely negate any calorie savings.   Kind of like having a Diet Coke with your Double Down. 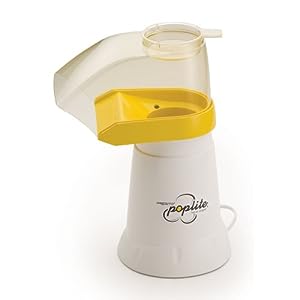 Then came the Amana Radarange and popcorn was never the same.

(We had this very model).

I bet if I did an exhaustive Google search I could find documentation for my completely arbitrary claim that 84% of the food cooked in microwaves is popcorn.  Not wanting to fall down that research rabbit-hole I’m just going to declare it a reasonably educated guess and move on.  It sounds right, doesn’t it?  Popcorn and Hot Pockets.

If you have been eating microwave popcorn exclusively since the 1980s let me implore you to make it from scratch, just once.  I think you will be amazed at what you’ve been missing all these years.  It’s not hard and it’s much, much cheaper than those compressed bags of sodium and dubious chemicals trying to impersonate butter.   And your kids will probably be highly entertained.

I sometime use a dutch oven to make popcorn and the size is right but it’s much easier to use something with a handle. So, even though it’s not quite big enough, I use my 3-quart saucier (one of my all-time favorite pans). 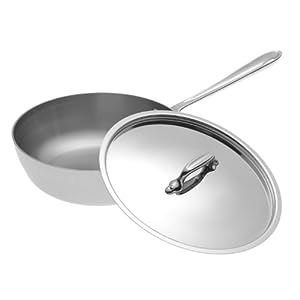 It’s kind of fun to see it pop the lid off the pan.

Heat the oil and popcorn in your pan of choice, covered, over medium heat until you start to hear popping (while you’re waiting you can melt your butter in the microwave, so it doesn’t feel completely neglected).  Then begin shaking the pan with consistent vigor but never move it too far off the heat. When the popping slows down, remove from heat and let it rest for a just a few seconds to let the last few kernels pop.

Transfer to a large bowl, drizzle butter over and sprinkle with salt. Toss to coat.