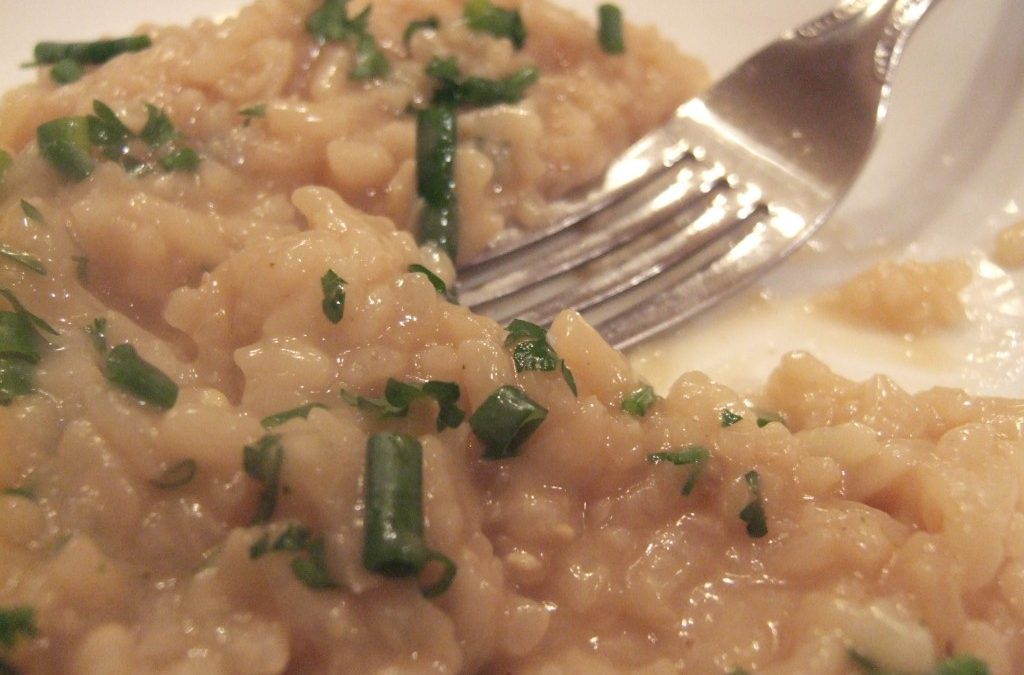 Earlier this year (May, 2010) Cook’s Illustrated featured a recipe for “Almost Hands-Free Risotto.”  Got my attention.  I’d been tinkering with risotto and had some success but hadn’t yet found the perfect recipe. 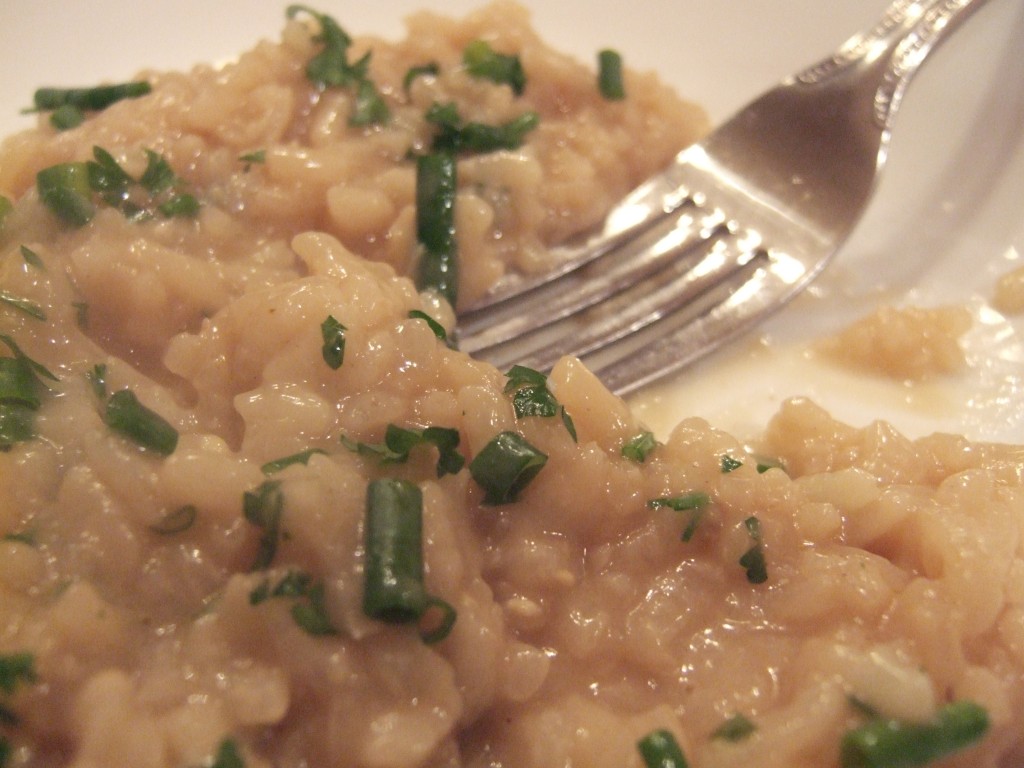 The game-changer in this one is the cooking vessel.  Cook’s theorized that something that excelled at conducting heat evenly, and retaining moisture, would not only produce superior risotto but would also require less stirring.  Dutch oven to the rescue!  Sure enough, using this deep, heavy pot with the tight-fitting lid meant that half the liquid could be added at once with just a few stirs during the initial cooking time.  And yes, you’re still going to need to stir later (what do you think this is, “Bewitched” where the pots stir themselves and the vacuum cleaners have become self-aware?) but the real reason I filed this away in my “make again” file was that the result was the most tender and creamy risotto I’ve ever made.