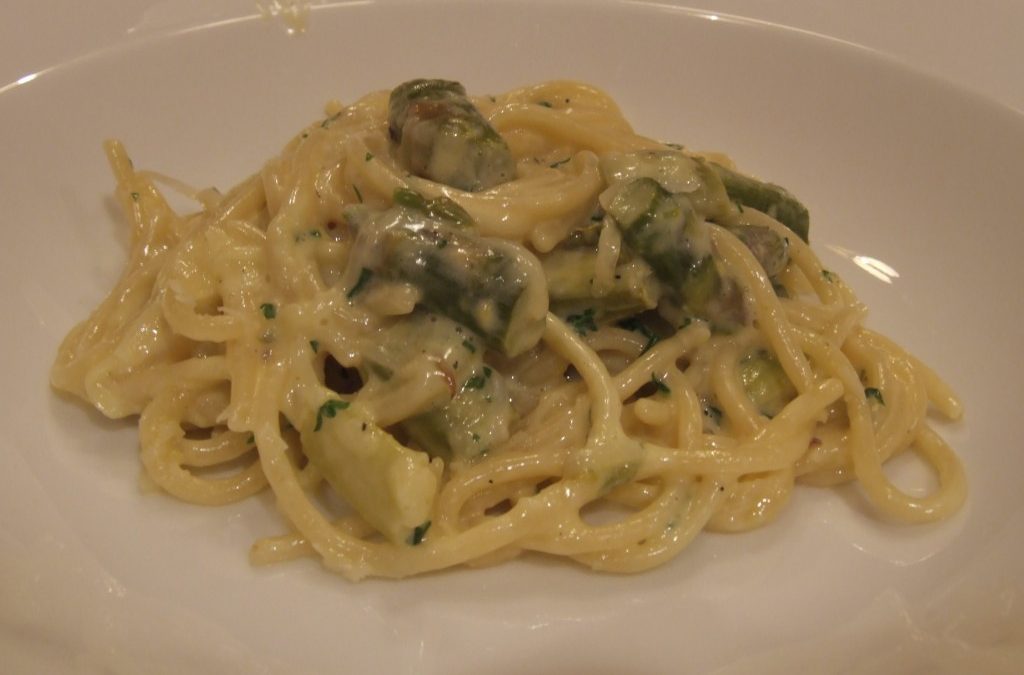 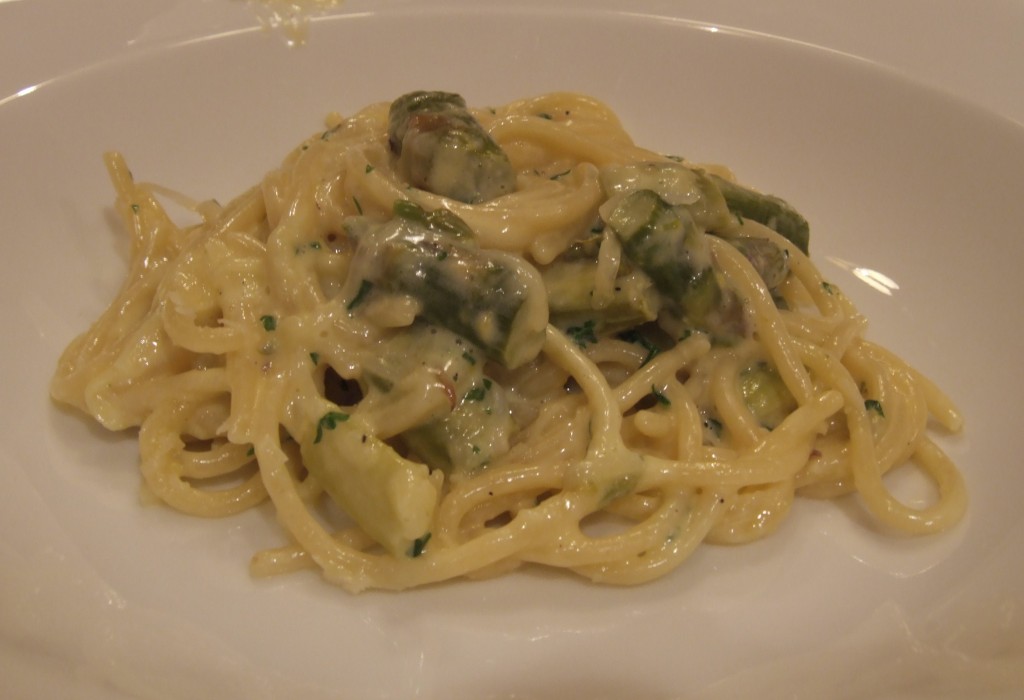 Well this is awkward. Not only did it take some digging to find this recipe in The New York Times archives but I can’t find “Jean Yves Legarve” (if that is his real name) anywhere in the Google-verse. I even had a heck of a time finding Michele Evans who wrote the article in the Times that accompanied this recipe and appears to have had a series of cookbooks in the 1980s around the theme “Fearless Cooking.” For instance, one is called Fearless Cooking for Crowds and features Ms. Evans on the cover looking, truth be told, more than a little fearful. So what kind of cover-up have I unearthed here?  Why has everyone associated with this recipe gone missing or been sentenced to obscurity?

Because somebody should stand up and receive the praise for this wonderful dish.

Hesser says it’s “like a lemon carbonara” and that’s really the perfect description. It’s creamy and buttery and, of course, lemony. And it’s one of those dishes that you will want to immediately add to your week-night go-to rotation (of course your enthusiasm might be tempered a wee bit by the promiscuous use of cream, butter, cheese and eggs.)

As written, it only serves 2 and I needed 4 servings, so I more or less doubled everything. I held back on the lemon juice and zest as strong flavors like that can sometimes be more than the sum of their parts when they’re doubled.  I also could not bring myself to saute the asparagus in 12 tablespoons of butter so I used about 10.  After I added the sauce to the cooked and drained pasta, I had to cook it longer and over a higher flame to get it to thicken properly, but I expected that.

The recipe calls for 8 spears of asparagus and I used one bunch, which was certainly not double; next time I will do 1-1/2 bunches because you really want to feature the asparagus. I will also be more aggressive with the salt and pepper at the end.

Jean Yves Legarve’s Spaghetti with Lemon and Asparagus is on page 319 of The Essential New York Times Cookbook.