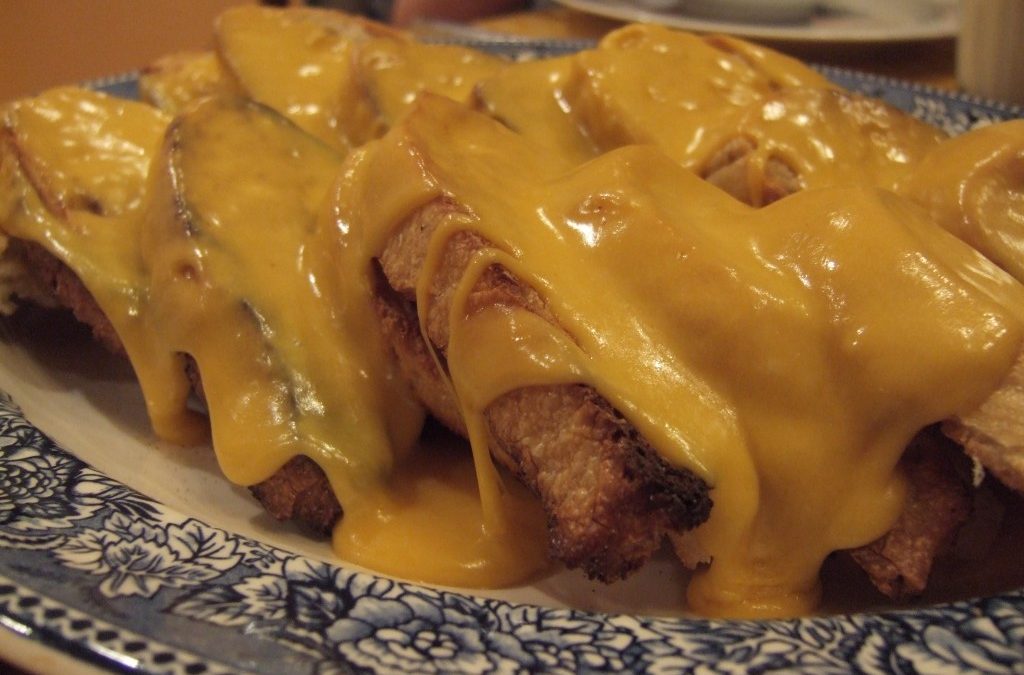 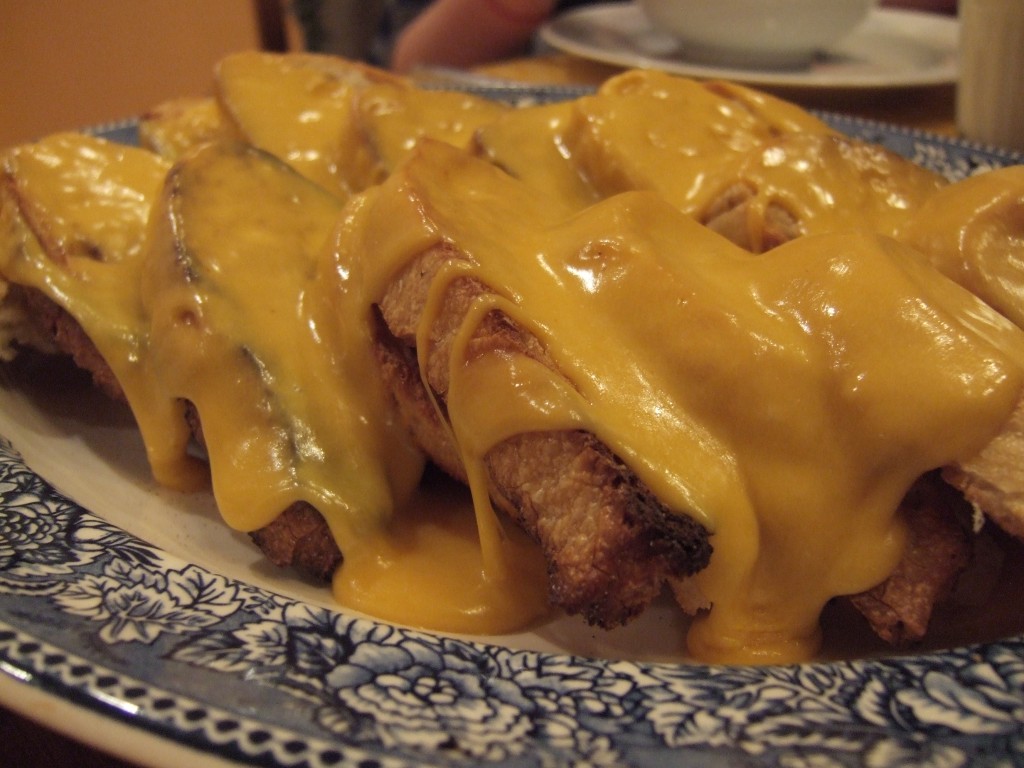 There’s something really fun and somewhat risky about making a recipe from 1875.  How do you even translate something that was probably made on a wood-burning stove to modern-day equipment?  And didn’t people have very different tastes back then?  I mean, they ate a lot of turtle for crying out loud.   Can we trust them?

Fear not for apparently they appreciated the comfort and indulgence of good cheese melted on bread, which is essentially what Welsh Rarebit is.  As Hesser points out there are (or were) many regional variations on this dish.  There was Scotch Rarebit, Golden Buck (Worcestershire and Tabasco), a Yorkshire Buck (add Yorkshire pudding and an egg), and my favorite, The English Monkey (fear not: no monkeys were harmed).

I was highly, HIGHLY, skeptical that the cheese sauce would come together.  You can always get cheese to melt but getting it to emulsify with anything else has always been tricky for me.  And when it separates it’s just gross.  But come together it did and when I added the ale it all worked beautifully.  It will separate a little if you leave it alone but just whisk it back into shape before you pour it on the bread.

It is a scarily simple thing to put together, so much so that you might want to make it often.  That would probably not help you with your new year’s resolution to lose weight, eat healthier, lower your cholesterol, or kick your cheese habit.  But once in a while, I think, will be just fine.  And don’t leave out the ale — it really gives it a delightful flavor.

One more thing: eat this immediately.  The sauce is only a sauce for a few minutes. After that it forms a not-altogether unpleasant wetsuit of cheese on the toast.

As suggested, I served this one of the two tomato soups in the book, “Tomato Soup II” (by Craig Claiborne, 1969).  It was a satisfying and delicious soup even though, despite invoking sweet and innocent memories of mom and childhood lunches, it’s trying to kill us.  How else do you explain 12 tablespoons of butter???  I chose this soup over “Tomato Soup I” because that one called for fresh tomatoes and I will not eat the imposters that are in the grocery store right now.   “II,” on the other hand, had more ingredients and more steps but was really not difficult.  And serving it with something as quick and easy as the Rarebit was a good allocation of my time.   And I think it will give you exactly the flavor you’re craving when you make tomato soup.  At the end, however, I simply could not bring myself to swirl in the remaining 4 tablespoons of butter and it was plenty rich and creamy without it.

The soup is on page 114 and the Rarebit is on page 365 of The Essential New York Times Cookbook, by Amanda Hesser.