The Next Book: Jerusalem: A Cookbook 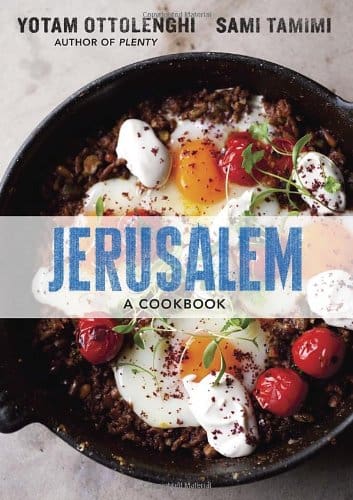 Let’s put all the wild media speculation and crazy theories to rest and let me tell you how I pick cookbooks to review.

Typically, I look for something relatively new (published within the last year or so), with enough inherent interest that I think many people will be curious about it.  I try not to do the same subject consecutively (e.g. baking, grilling, vegetarian), and I don’t like to repeat authors or publishing entities (Cook’s Illustrated).  I look for books with potentially broad appeal so I tend to steer clear of specific eating regimes (Paleo, low carb, gluten-free).  And you have to allow me my personal preferences and aversions (because I have to eat this stuff): no “diet” books of any kind, nothing too twee or of-the-moment (I am gob-smacked, for instance, that there is an entire book on cake pops.  Really???  If you look up “trendy” in the dictionary there will be a picture of cake pops and those skirts everyone is wearing this summer that are short in front and long in the back), or authors who just rub me the wrong way for reasons best not examined too carefully. 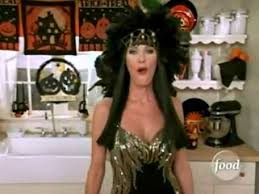 I look for authors I think I can trust either because they have some credibility built on years of cooking, teaching or restaurateuring (ruling out any and all Real Housewives). Sometimes some deluded publisher who clearly hasn’t done his or her homework thinks I’m big time and sends me a galley copy of a cookbook to review (yes, that really happened!).  And sometimes I get caught up in the buzz over a particular book.  Such is the case with Jerusalem.

I had read many positive reviews of this book as well as Mr. Ottolenghi’s previous cookbook, Plenty.  But it was this article in the New York Times that pushed me over the edge. Because when you say things like this…

“American food lovers are not only cooking from “Jerusalem”; many of them are cooking their way through it, as cooks did with “Mastering the Art of French Cooking” in the 1960s and with “The Silver Palate Cookbook” in the 1980s. “Jerusalem” is the first book in recent memory to join that group, and the first to do it via social media, as well as old-fashioned word of mouth.”

…you have won my attention.

Apparently, people are hosting all-Jerusalem dinners, pinning, hashtagging, instagramming and tweeting the heck out of it and generally giving it a somewhat inexplicable amount of breathless attention.  As a result, it’s selling way beyond expectations for a cookbook of any kind, let alone one written by “unknown” authors. (I love this: in noting the sales phenomenon, Publishers Weekly said Jerusalem is “subverting the conventional wisdom that you need to have a TV show to have a bestselling cookbook.”  Ha ha Guy Fieri!)

It’s the little cookbook that could.  Let’s see what it’s all about.