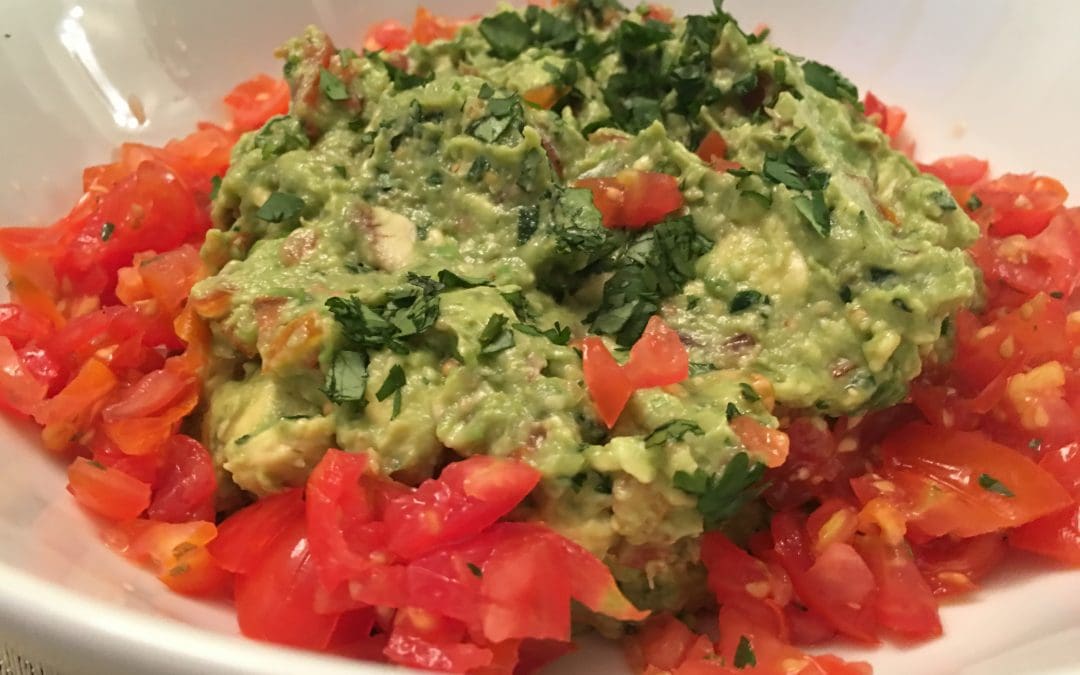 Oh guacamole.  You are so embedded into American food culture that we have formed strong, chili-like opinions about the best, the most authentic and the most worthy recipes.  Because we need more stuff to fight about.

According to Milk Street, the version out of central Mexico differs in its radical exclusion of lime juice and garlic.  Relying only on chilies, cilantro, onions and salt for taste, and tomatoes for acidity, this recipe attempts to correct the “muddle of flavors” found in other treatments.

What I liked most was that the onions are mashed into a paste (along with the chilies, cilantro and salt) so don’t have what to me is the distracting and overpowering bite that comes with folding raw onions into avocados.  Brilliant. I don’t think I ever truly achieved paste consistency but it worked nonetheless. What I found perplexing was mincing grape tomatoes – what a mess and I wasn’t sure if I was supposed to drain them or what (I kinda did).

I don’t want to give away too much Milk Street content so I won’t post the full recipe here but I think you can probably approximate this with what I’ve described above: a paste of cilantro, onion, kosher salt and minced chili folded into avocados along with tomatoes.

I served with the highly-addictive chips they make in-house at Whole Foods as well as the Chili-Pineapple Margarita.  A great adaptation of something that can often be insultingly sweet, the addition of a hint of chili powder on the rim and a syrup infused with habaneros and serranos (along with lime and orange zest), it’s refreshing and unusual (you will have PLENTY of extra syrup so plan on drinking these for a week).  Next time I will serve on the rocks as I hate a warm drink.  And if you want to cut a corner (no judgment) you can substitute agave syrup for the homemade.