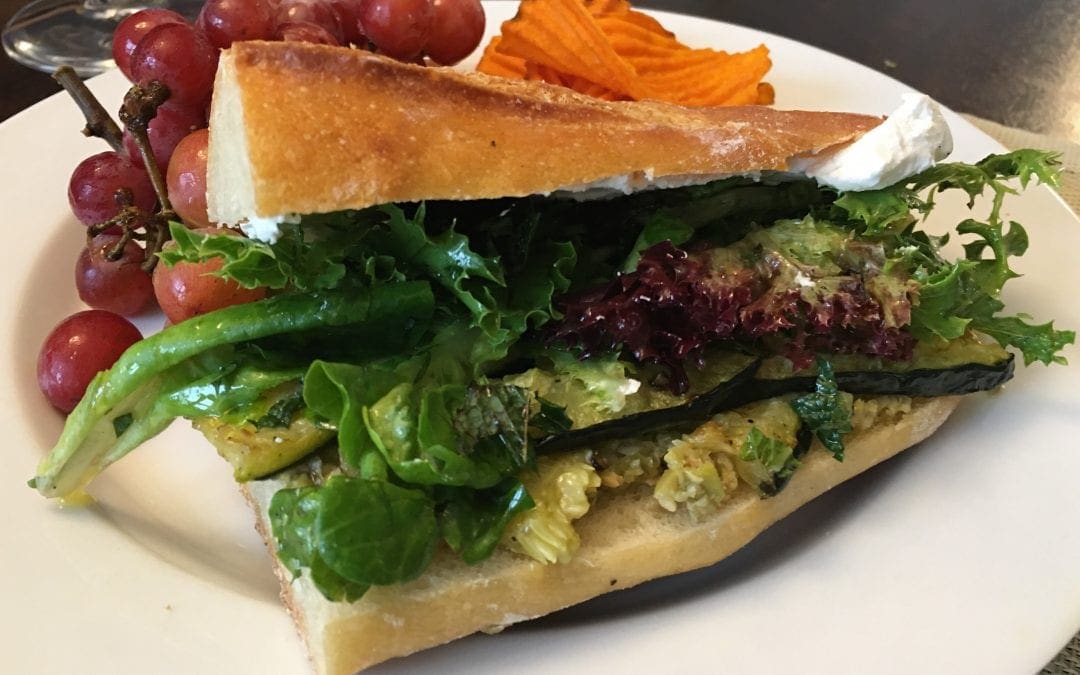 I’m going to assume we’ve all had it up to our masks hearing about Covid cooking. Sourdough starter, banana bread, air-frying, everyone’s done it, blogged about it, made a Tik-Tok, and written a New York Times think piece. Whatever you’re going to get out of this catastrophe, cooking-wise, you’re probably already there and beyond.

I’m not going to add to that noise. I’m just going to tell you about a sandwich I made.

Of course they had me at “French,” but “Summer,” “Zucchini” and certainly “Tapenade” helped seal the deal. Friends It’s gooood. Like a salad sandwich, and if that doesn’t appeal to you, well, go back to air-frying your sourdough banana bread or whatever you were doing to suppress the quotidian sense of impending doom.

The zucchini put up a bit of a fight in that it refused to brown even after twice as long in the oven as the recipe suggests. It wasn’t until I switched to the broiler that I saw some real action. And honestly the zucchini gets a little lost in everything going on in this dish so cook it whatever way is easiest and fastest — grill, grill pan, stir-fry, sous-vide — it’s a global pandemic, nobody cares.

My favorite flavor among the many was the mint tossed with the mesclun. Just enough to remind us that it is, indeed, actually summer even though it’s unrecognizable in so many ways.