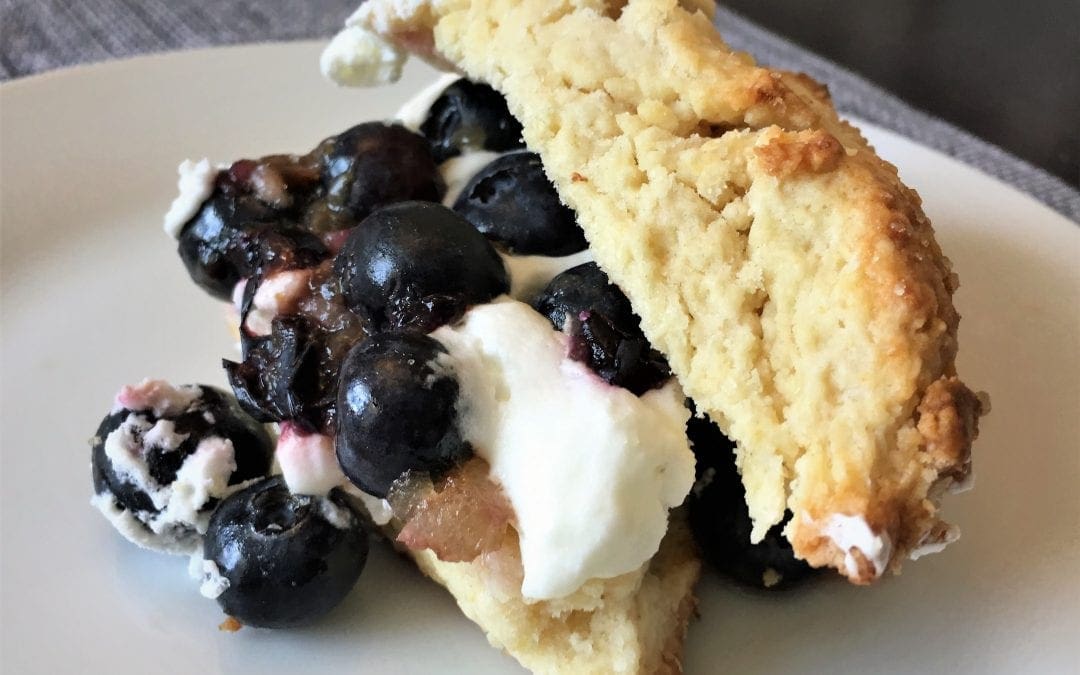 I had two worries as I made this recipe.

First, that the crystallized ginger would be too harsh but it was absolutely perfect, adding a judicious bit of brightness and contrast to all the sweet lusciousness.

Second, the shortcake dough was so flaky as I assembled that I feared it would crumble to bits when I cut the cakes in half.  I sliced with trepidation, nerves of steel and a good bread knife and was relieved when they maintained their corporal integrity beautifully.

What I should have been worried about was how much I’d want to eat every last one of them.  They were phenomenally good.

Next time, in addition to reducing the whipped cream, I will add a few more blueberries because they really deserve the spotlight.

Could you do this with strawberries?  Yes!  Strawberries and rhubarb?  Sure!  Acai?  Well…  Rambutan?  Stop showing off.