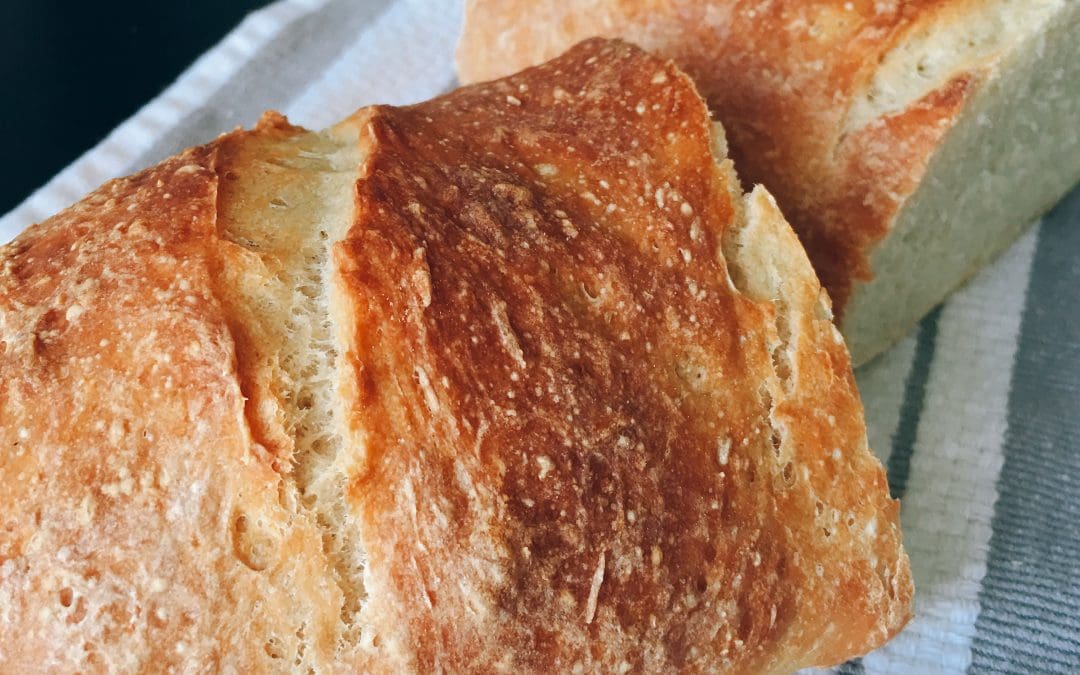 I don’t know what you were doing in 2006 (launching Twitter? Introducing skinny jeans?) but I, along with the rest of the cooking world, was going bonkers over No Knead Bread.  What attracted me to the recipe was not liberation from kneading (I like kneading) but the promise of a picture-perfect, shattery-crusted, unbelievably perfect boule every. single. time.  And with no special equipment or training.  The trick was very little yeast, LOTS of time, and a very “wet” dough.  And a super hot oven in which the cooking vessel (Le Crueset dutch oven, All-Clad saucier, cast iron, whatever one had) had been heating at 450-degrees until ripping hot.  When the dough hit that hot container, and you poured some water into an equally hot pan underneath, you had a loaf of bread that you simply could not believe you created in your own often-messy, probably outdated, imperfect, American home kitchen.  It was as if you wandered down into your basement and split an atom.

Believe me when I tell you: Everybody was making this bread.  Or talking about it.  Or both.  I made it many times and I felt like some kind of wizard every time.

Now it’s 2016 and it’s my second-favorite time of year: Tomato Season. You don’t want to hear yet another person whining about how bad tomatoes are most the year so I’ll spare you.  I will just say that when the good ones are here I eat them non-stop and every meal revolves around incorporating them.

And one of my favorite ways to eat them is either simply sliced and draped over a beautiful piece of bread with a tiny bit of salt, or, even better, in a BLT.  And how better to pay homage than to make the bread myself. And that’s how I found a version of No Knead Bread (NKB) from the good people at King Arthur Flour.

The difference is that while the original NKB has only 1/4 teaspoon of yeast and an 18-hour rest, the KA version has 1-1/2 tablespoons of yeast cutting the rising time down to 4 hours.  The beautiful part is that after the initial room-temperature rise it goes into the fridge for anywhere from 2 hours to 7 days, so you now have on-demand homemade bread.  Genius.

It was fun to make and the results were amazing. It yields enough for four (small) loaves and they have some fun suggestions for mix-ins that I intend to try.  I’m sure you lose some subtlety of flavor by, essentially, putting the dough on steroids, but the fact that once you complete the initial rise you are only ever 90 minutes away from homemade bread heaven (and I strongly suspect that actual heaven is mostly bread) is not a bad trade-off. 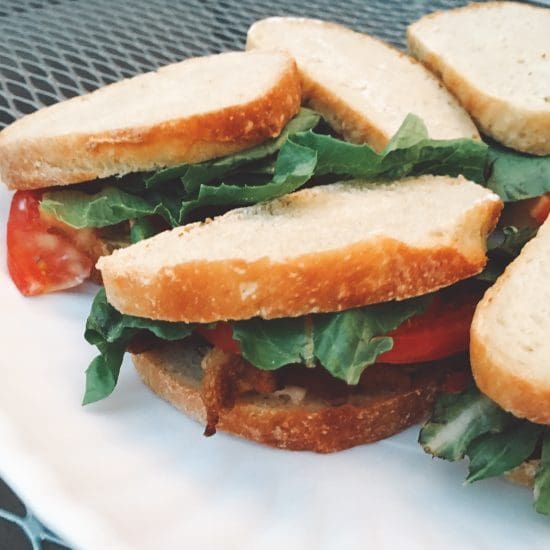