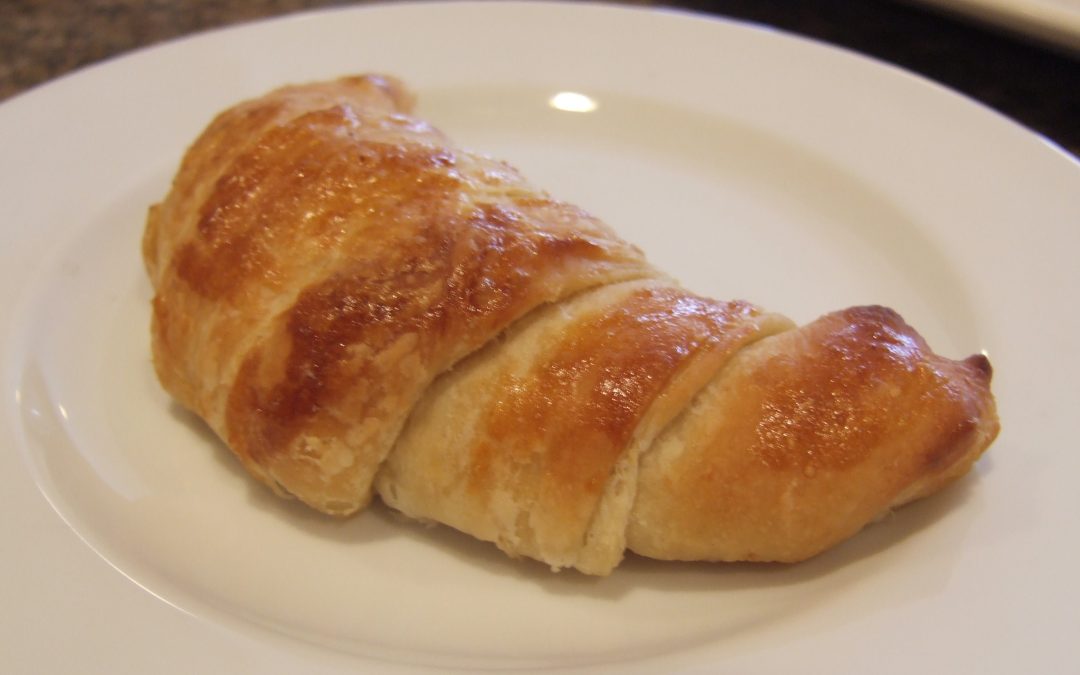 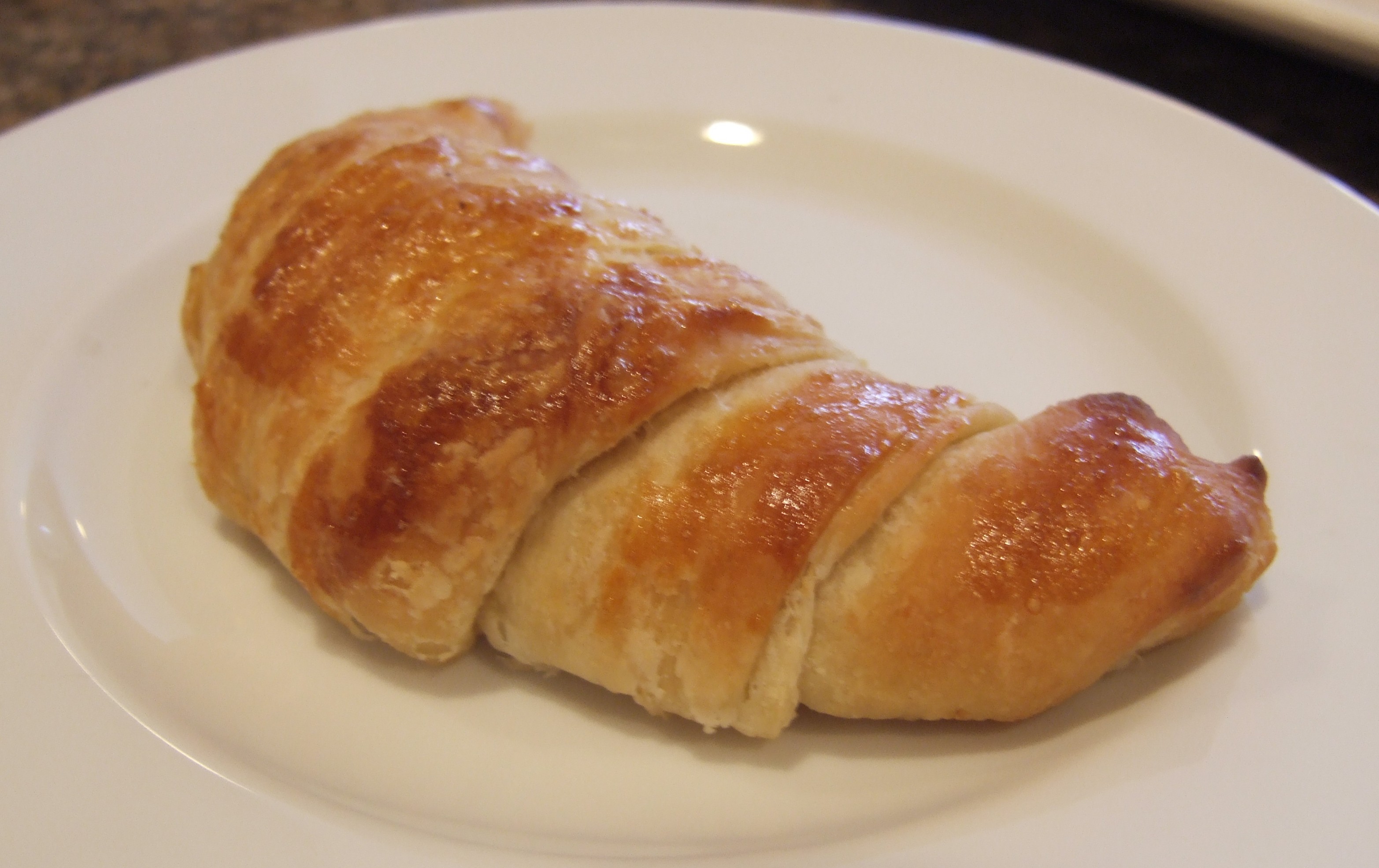 Raise your hand if you think croissants are hard to make.  Wow, that’s a lot of hands. And last week, I would have been right there with you.

But guess what? They’re not! Yay, now we can have them every day!

In fact, Tom Petty must have had croissant-making in mind when he said “the waiting is the hardest part” because they do require a couple of 2-hour stints in the fridge and one rising.  In fact, I would go so far as to say that they’re easier than pie dough.

As with any dough involving butter (and boy, does this involve butter), ambient temperature is going to be an issue. As it’s February in Chicago, I was not worried about my kitchen being too warm but if you’re making these in another hemisphere right now, or decide to try this in July, be careful. You’ll want to keep everything cold. It helps to have a marble or granite counter top but not essential. I read a tip about putting a tray of ice on the counter top before you roll your dough out and that sounds pretty brilliant to me.

Other than that, if you can operate a rolling pin I think you can do this.  And you will get some upper arm toning as a bonus.

The recipe I used is from Cook’s Illustrated (December, 2006) but my cooking friend Becca also told me that she’s tried this recipe from Fine Cooking many times and really likes it (and it’s free), so if you don’t have access to Cook’s recipes this would not be a bad place to start (and I trust Becca implicitly when it comes to cooking and baking).

The only thing I would change is the egg wash which is a whole egg, lightly beaten and brushed on the croissants just before they go in the oven. At 400-degrees, I found the egg wash getting very dark well before the bread was “golden.” Next time I will dilute the egg with some water to avoid this problem.

Another thing I did differently was to add some chocolate to half of the croissants. Cook’s says if you’re doing pain au chocolat is best made as rectangles vs. the familiar crescents because they’re easier to assemble.  But I love the crescent shape so I decided if I ground up the chocolate I could make it work as a crescent and it did. 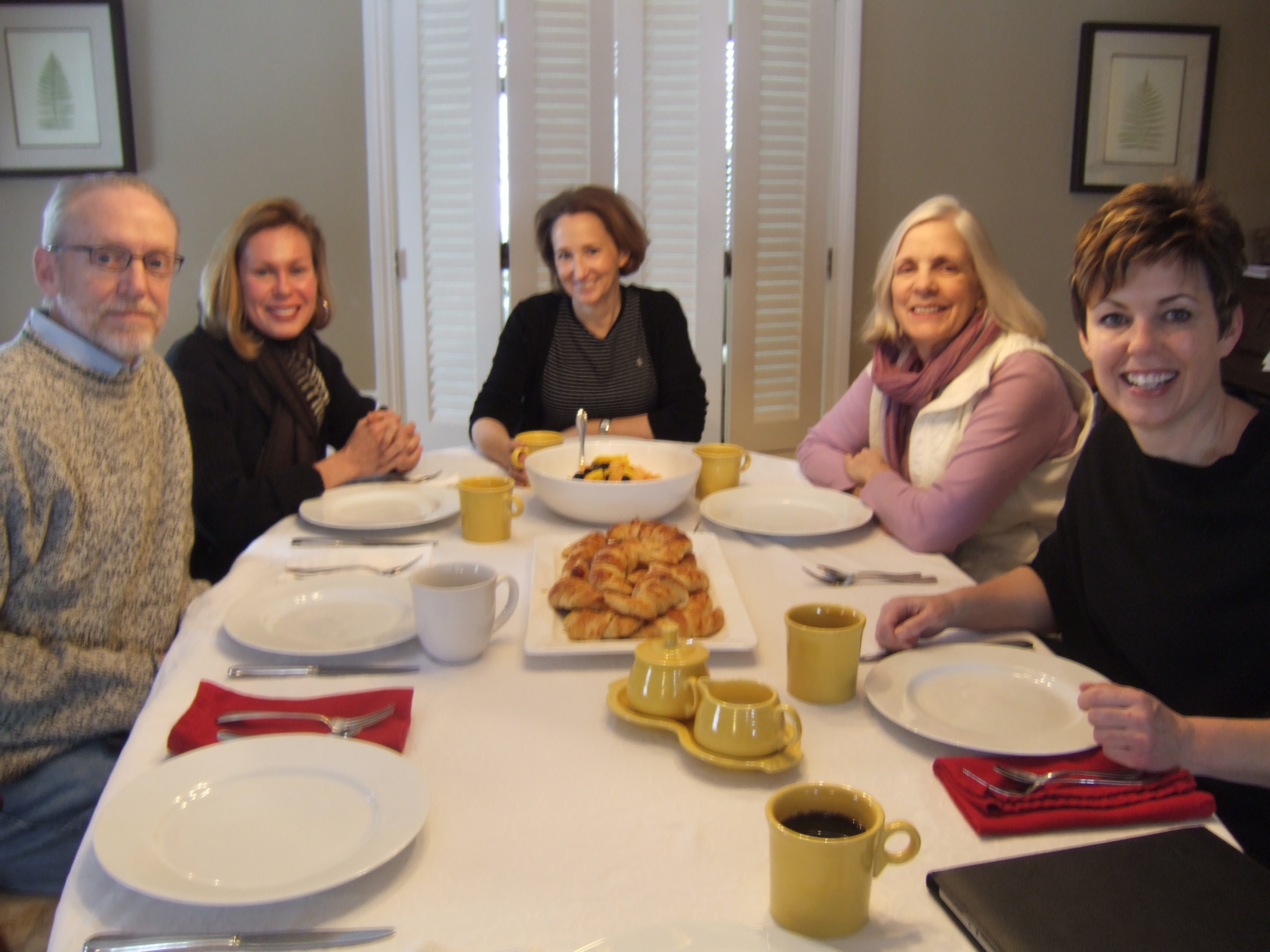 along with a fruit salad that was not worth passing on. (The book was Freedom, by Jonathan Franzen, in case you’re wondering.)