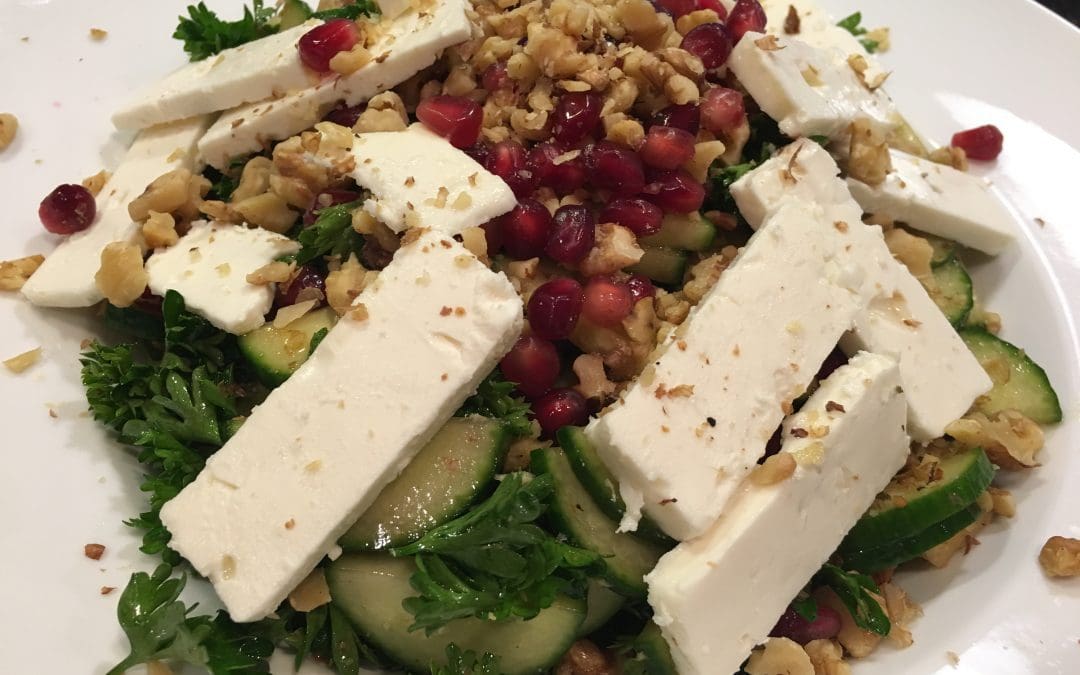 I owe parsley a big apology.  All these years I relegated it to a mere garnish or, at best, an important cameo player at Passover.  Then again, what did parsley expect?  I mean, it’s always there, at every store, doesn’t seem to have a “season,” and it’s cheap.  Did it think that was going to make us cherish it?

No, it took Cook’s Illustrated to make me see what you could be, humble parsley.  You can hold your own as a featured ingredient and the recipe that convinced me was the Parsley-Cucumber Salad with Feta, Pomegranate and Walnuts from the September, 2017 issue (and look at you with top billing!).

I’m always excited about a new salad and this one has amazing texture, thanks to nuts and pomegranate seeds and cucumbers, and it’s also got great flavor from the feta, the pomegranate molasses in the dressing and, yes, the parsley.  It plays so nicely with the cucumbers and nuts and cheese and another bonus is that it keeps better than salad made with lettuce as our reliable friend parsley doesn’t wilt so easily.  And would you look at the colors?  It’s just a mouth carnival, that’s all.