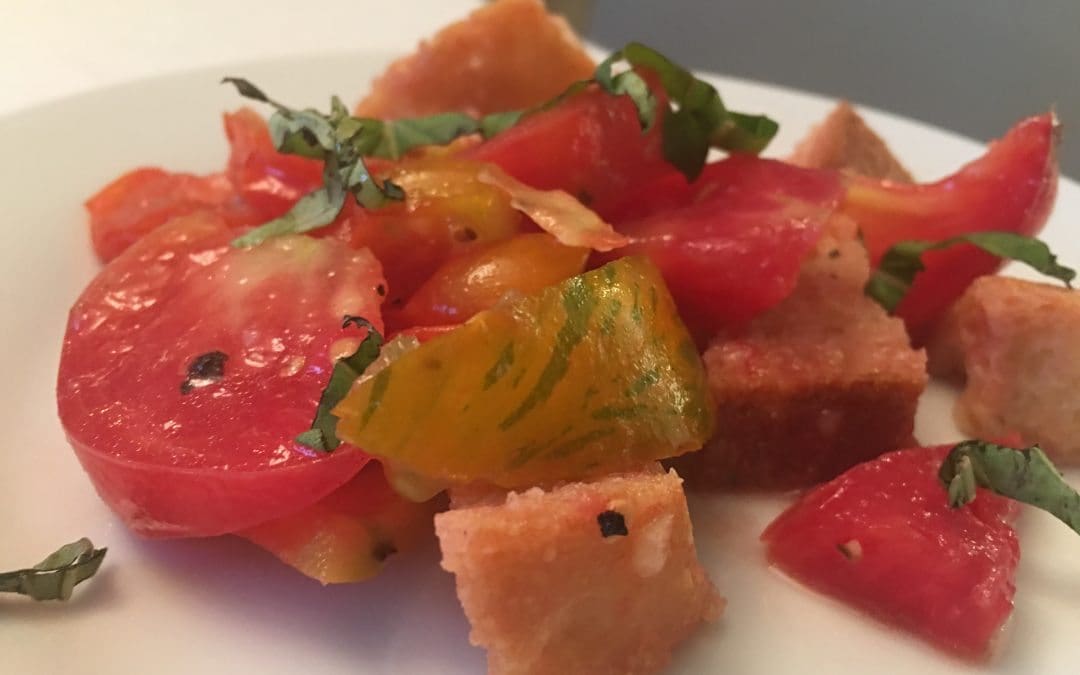 When I combine my obsession with in-season tomatoes with the fact that I love bread so much that I would happily eat a baguette for dessert, I am inevitably led to one thing: panzanella. Bread and tomato salad.

There are as many recipes for panzanella as the interwebs allow.  Surprisingly, most of them don’t mess with a good thing and I couldn’t find any that I would judge to be an abomination (even Guy Fieri shows a restraint I didn’t think he was capable of).   I really expected to find variations with tater tots instead of bread or a thick layer of cheese on top (and don’t you dare steal my idea for Panzanachos!).  What a relief to be wrong!

For most of the years I have been making panzanella I’ve used a recipe from a cookbook that is long gone and the title of which is also lost to the mists of time.  So I was ready to try something new when this one from the Washington Post crossed my radar.  And I loved it.  But what’s not to love?  Bread toasted in olive oil, fresh tomatoes, a vinaigrette made from the tomato water…unless you use icky December grocery store tomatoes this will be a hit.