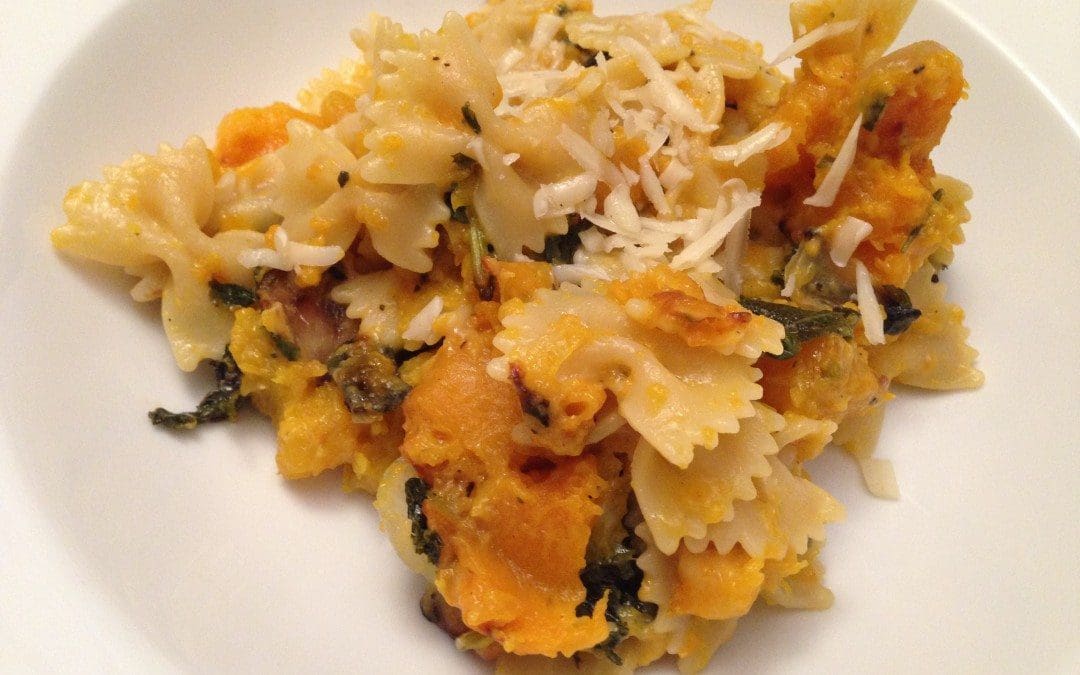 This scrumptious looking dish came across my facebook feed one day and, completely out of character, I just decided to make it.  My dear friend Anne was coming to town to run ihe Hot Chocolate 5K with me and this seemed like the perfect pre-race dinner.

It’s from The Splendid Table, an NPR show I’ve never actually heard (because ironically i don’t like listening to people talk about food or recipes) but I know from reputation.  The founder of the show is Lynne Rossetto Kasper and it was inspired by her 1994 cookbook of the same name which won every conceivable award including, I think, a Tony.

And oh my my was it good.  I used kale for the “greens” and pre-chopped squash because i’d rather comb Donald Trump’s hair than break down one of those things. I ate the leftovers two days in a row for lunch (I rarely eat leftovers twice) and the only thing I might (might) add is a tiny bit of crunch in the form of perhaps some toasted pine nuts on the top.  You could change the greens, the pasta, the cheese, the squash, all to your liking or to take full advantage of your CSA.  I also highly recommend getting dibs on the pan the vegetables roasted in.  The caramelized squash, greens and onion that’s left behind is a feast in itself.

You can probably tell from the photo that I might have over cooked the squash to the point where it lost some of its corporeal integrity but that only effects the look of the dish.  Not to dimish appearance; we do eat with our eyes, do we not?

I’m not necessarily saying it’s because of this dish but the next morning Anne and I went on to win Hot Chocolate.  And by “won” I mean we put in a damn good effort. 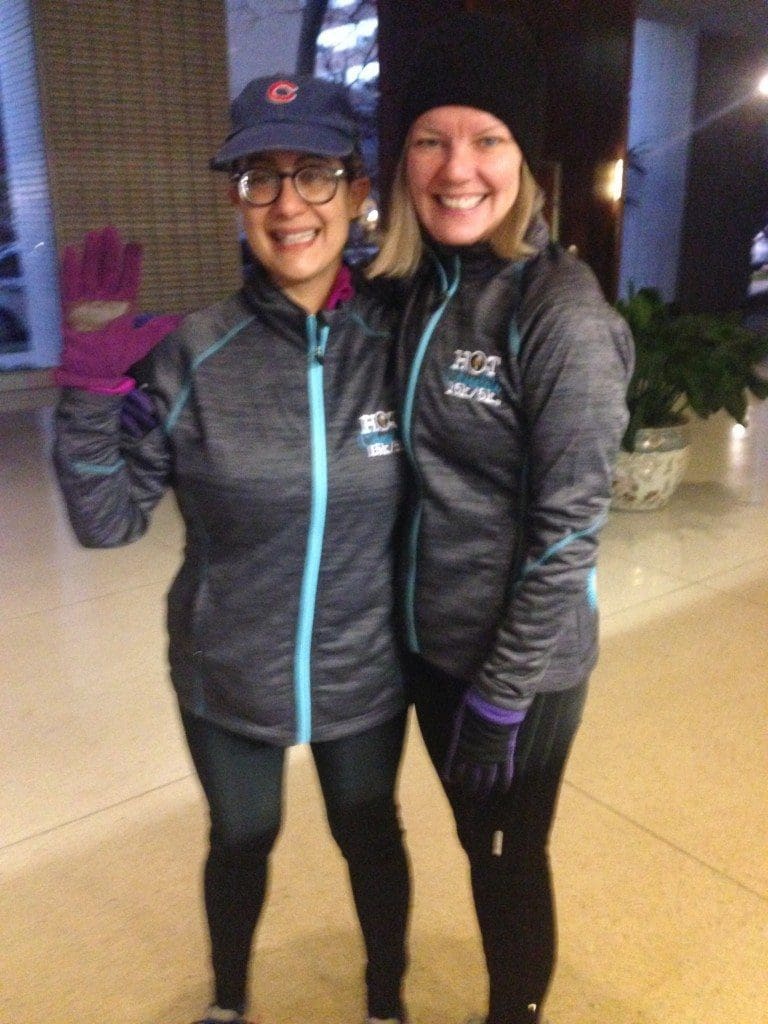