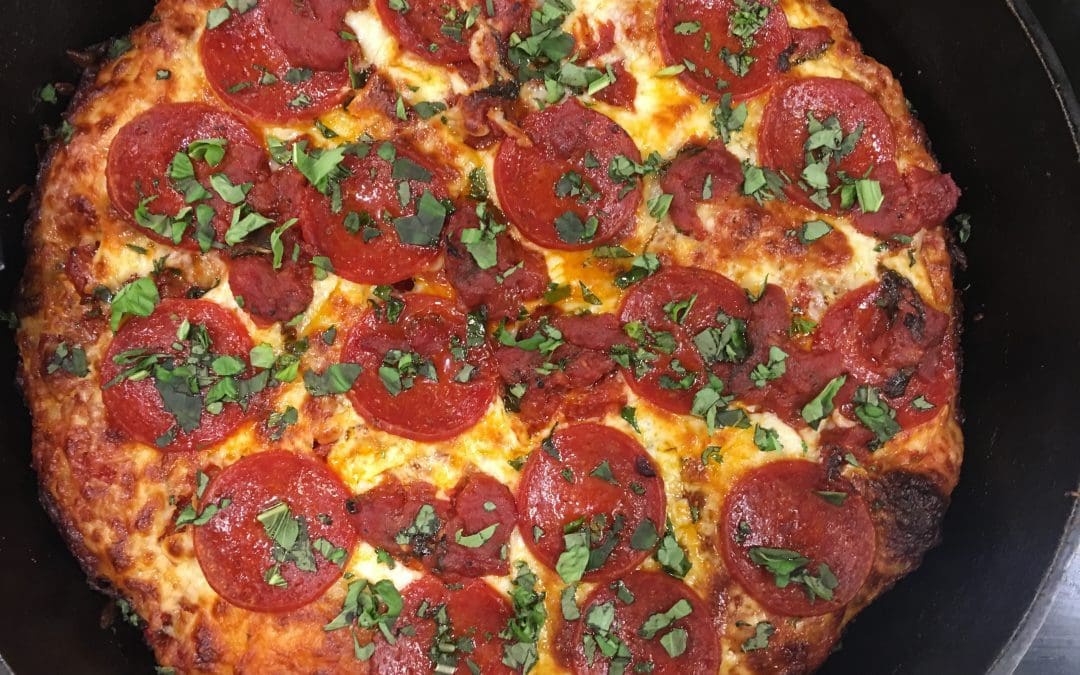 I don’t know why I keep trying to replicate Lou Malnati’s pizza; I live in Chicago so I am never more than about 60 minutes away from eating the real thing.

But I do.  Perhaps because even when it doesn’t quite get there what you’re probably left with is a damn good pizza for dinner.

My latest was Kenji Alt’s Foolproof Pan Pizza from Serious Eats.  And there’s so much to love about this recipe.  For one, he absolutely nailed that cooking in a cast iron skillet is probably the closest most home cooks are going to get to the well-seasoned pans they use at Lou’s.  Pans so dark, from decades of churning out one of Chicago’s iconic foods, that light cannot escape from their surface.  And into that skillet goes a generous amount of olive oil which gives the crust a slightly crunchy, fried texture that is both self-evidently delicious, and also sturdy enough to support the cheese, sauce and, if you like, wanton amount of sausage.

About that sauce.  I made Kenji’s and while it’s a perfectly good pizza sauce (and equally delicious on pasta later in the week), it wasn’t quite right.  Lou’s sauce is luscious and bright and, as I learned after making this recipe, all it is is a can of high-quality tomatoes, crushed.  That’s right: don’t add sugar, garlic, oregano or olive oil, and do not put them through a food mill or food processor, do not cook, simmer or heat in anyway.

The crust is based on Jim Lahey’s insanely popular No Knead Bread so it requires 12-18 hours for the initial rise (meaning: you ain’t gonna eat this tonight friends).  I was a little worried that my dough was not rising enough (and that may have been due to the ambient temperature of my apartment), but it turned out fine. 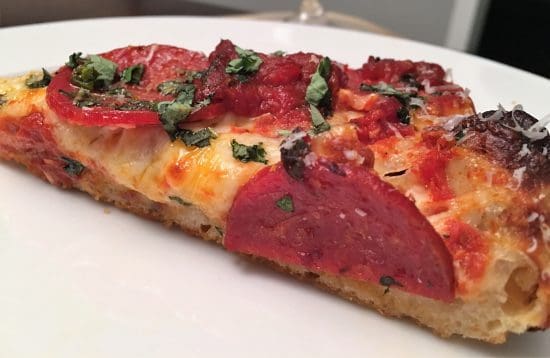 Kenji’s recipe makes two balls of dough, each meant for a 10″ skillet or cake pan.  Because I only have a 12″ skillet I used 2/3 of the dough and it seemed to be the right amount (I froze 1/3 for a small, personal indulgence at a later date).