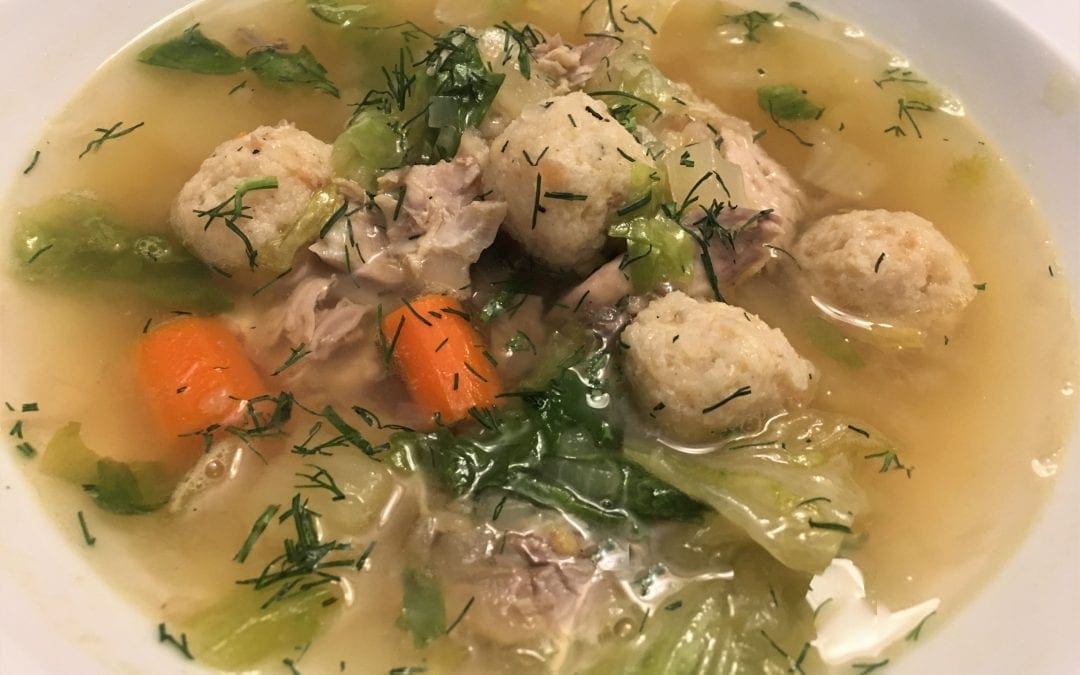 I had you at “parmesan dumplings,” didn’t I?  You’re not wrong, they are amazing.

I felt the urge to make soup even though we are experiencing freakishly warm temperatures in Chicago lately.  Like, 55 and sunny.  In Chicago.  The place they make tedious, unfunny snow jokes about.  The place where snow brought down a mayor.  So we’re all wandering around lost and confused amidst the gentle caressing January sunshine like beer-pong hooligans disgorged from a Wrigleyville sports bar at closing time.  What do we wear?  How should we act?  Why can I still feel my fingers?  Which alley should we puke in?  (←That part’s just the bros).

What should we eat?  We could actually grill but it seems deeply inappropriate so let’s eat warm, comforting soup like it’s 15-below.

I was unsure about how wonderful this would be as I was making it.  I mean, it’s chicken soup, right?  How is it going to impress me?  Turns out “easily” is the answer.  I don’t know if it’s the simmering with a rind of parmesan or what but there is depth of flavor and umami for days going on here.  And the dumplings!  I don’t think there are any bad dumplings but these are extraordinary due to more parmesan and a judicious amount of schmaltz.  I was also skeptical that the fennel bulb would taste like anything other than wet celery but it’s fantastic, as is the escarole.  Next time I might add a few more carrots for color and cuz I love ’em.

You will need a bit of time for this dish but in return you get a lot of soup.  Four bowls were consumed the first night (two each) with enough left over for at least four more lunches.

A couple notes: 1. I used Better Than Bouillon Chicken Base, which is CI’s highly-rated store-bought broth and I love it because a jar keeps forever in the fridge.  Of course if you have homemade stock it will take this to a level of culinary ecstasy I can’t even fathom.  2. You may wonder, as I did, why in tarnation they ask you to cook skin-on chicken thighs and then discarding the skin.  I believe it’s meant to produce enough fat for the rest of the recipe but I could not bear to throw it away.  Did I cook the skin a little more and nibble on it as I finished the soup?  No way of knowing but If you want to judge I ask you first to toss four pieces of golden crispy chicken skin into the bin and not shed a tear.