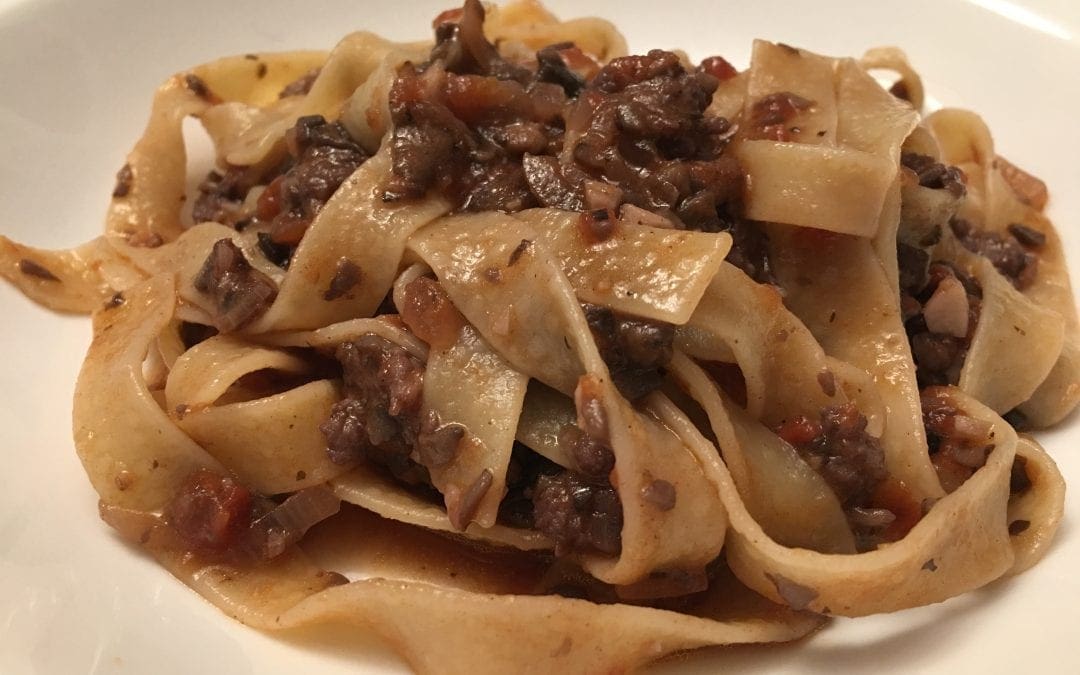 At first glance there is nothing new about this sauce from Milk Street Kitchen.  Heat fat, saute aromatics, add veggies, deglaze, add some other stuff, simmer while the pasta boils.  And yet.  I don’t know if it’s the cinnamon, or the way the flavors are layered (yes, I hate myself when I write things like that but it’s maddeningly descriptive) but this recipe is different and well worth making.  It won’t take all day (in fact less than an hour) and won’t send you off on an ingredient treasure hunt.

It’s included in their new cookbook Milk Street Tuesday Nights which i hope you will buy from your local independent book monger.  Or, ok, Amazon if you must.  I know it’s cheaper and they own us all now.