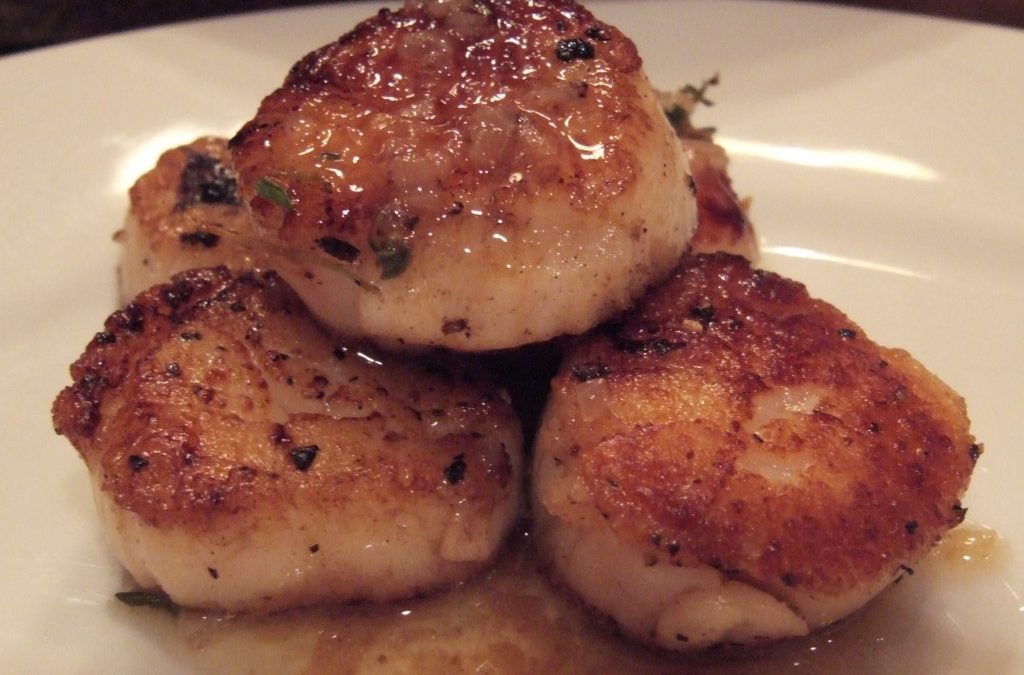 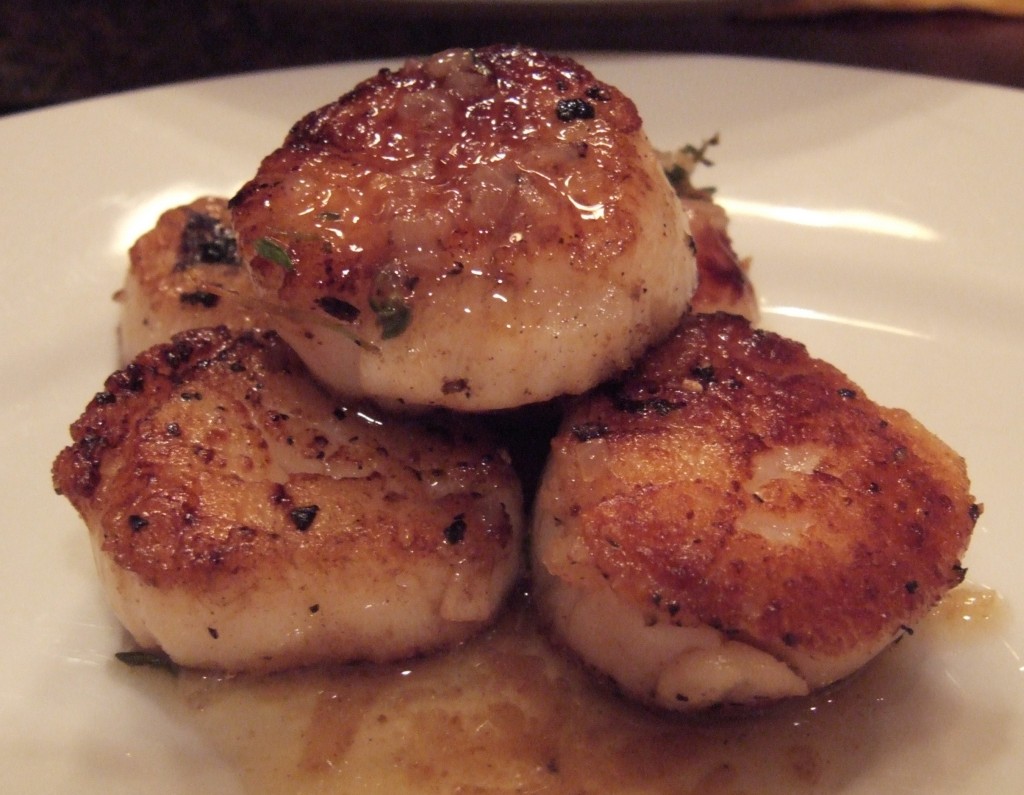 I was hoping you wouldn’t noticed that I don’t make it often. I blame growing up in the Midwest in the 60s and 70s where fish, with few exceptions, came in the form of frozen sticks upholstered in bread crumbs from some crazy place called “Gloucester,” (which may have been real or may have been like Brigadoon, who really knew?) or from a can which you drained, mixed with mayo and served on white toast. Some folks mixed the canned stuff with noodles and condensed soup and baked it but that was just too revolting to contemplate for young picky-eating me.

Not growing up eating real fish, it took me a long time to try it, and then longer to like it and even longer to love it. Cooking it well is still pretty new territory for me. To compensate, I order it when I eat out quite often.

But I keep trying to improve my pescatorial skills. I have mastered shrimp in many, many forms and I can sear a piece of tuna with fairly reliable success. And now I have a scallop recipe I feel good about.

This recipe calls for “dry” scallops which does not mean they are utterly lacking in moisture or that their sense of humor is subtle, but rather they are not soaked in preserving chemicals. Naturally, they cost more ($18/lb. at Whole Foods). I think that’s partially where the anxiety of cooking fish at home comes from: when it’s so darn expensive you’re a nervous wreck cooking it because you don’t want to throw $30 worth of responsibly-farmed, sustainable halibut down the disposal.

As with many things however, when you buy the good stuff it often means you have to do less to it and such is the case with scallops. These are very quickly sauteed over high heat in oil and butter and served with a simple sauce of brown butter, shallots, thyme, parsley and lemon.

I served them with Braised Fennel with White Wine and Parmesan which I have also never made before but absolutely loved.  I thought it might taste like shards of black licorice sauteed in Ouzo but I couldn’t have been more pleasantly surprised.